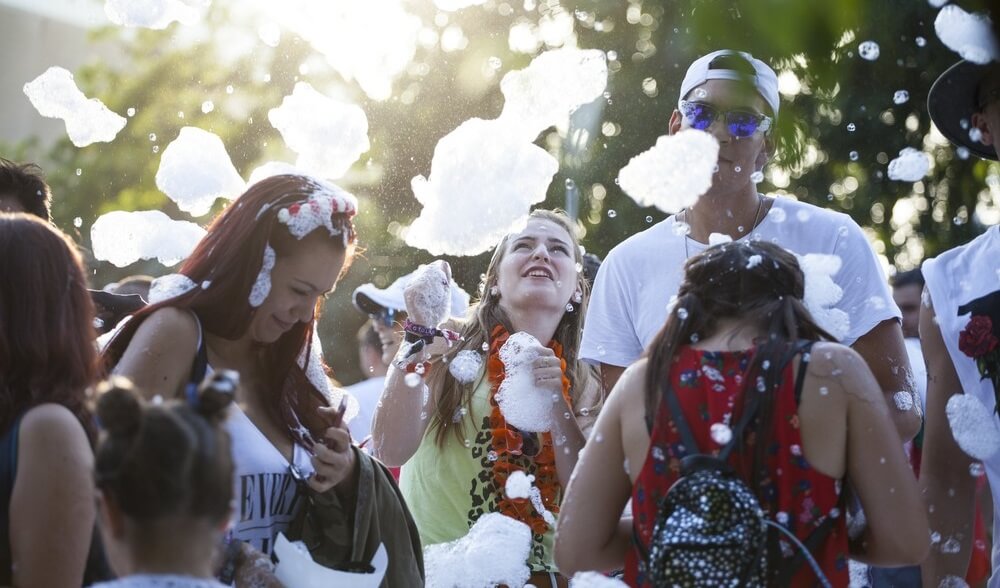 It is only the middle of May and we have had a great start to the season with events in the U.S.

At the end of April we headed to the east coast to enjoy a great “green” festival with food and music to suit everyone. The reception we received was overwhelming as people were lined up right to the end of the night to get free water refills. The trip down was not without issues as we got turned around at the border for a while before we got new paperwork to make them happy.  As we found out everyone thinks you need something different as the last time we were down we passed right through. Getting over the border so late meant we had to drive through the night to get to the event on time. Four hours sleep and we were set-up and ready for the crowds.

The best food of the day turned out to be a plate sized brownie they called a “badger”. There were enough calories in that to feed a family of four. As for music, the best that I heard throughout the day was Kid Cudi, he really seemed to steal the show.  For other entertainment we always people watch and there was no shortage of interesting sightings throughout the day. We packed up as the last act was playing and headed back to the hotel for some much needed shut-eye.

The next event had us heading for Michigan for a great street fair. The weather turned out to be fantastic apart from the torrential downpours and crazy lighting storm the whole way down. The Quench Buggy was set-up by midnight and back to find our hotel for the weekend.

Keeping with the theme of food, there was great pulled pork sandwiches and a self serve frozen yogurt store that kept us fed as well as Jimmy Johns. Patrons enjoyed their free water all weekend and the many vendors that packed the streets. Not to much drama for this weekend which is a good thing sometimes.

Stayed tuned for our next adventure in hydrating the masses.